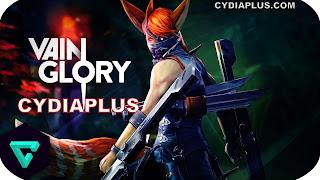 This is a UNIVERSAL APP so this HACK works for both iPhone and iPad.

Note :- If you get errors when installing the hack, It might be because you have previous Vainglory hacks installed.Go to cydia > installed tap > find the Vainglory hack packages and remove them. Now try again and install the new deb. 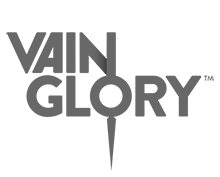 Compatibility: Requires iOS 5.0 or later. Compatible with iPhone, iPad, and iPod touch. This app is optimised for iPhone 5, iPhone 6, and iPhone 6 Plus.


CARD ‘CRAFTING’
-Destroy unwanted cards, breaking them down into their Vainglory “Essence.”
-Use Essence to create the cards you need to finish skin theme tiers!

PING MUTING
-Open the Scoreboard to mute teammates who are spamming pings or behaving unpleasantly.

SCOREBOARD LOOK
- Hero names have been replaced with hero portraits to clean up the scoreboard.


PARTY VS. BOTS
- The party captain can place the team into a BOTS game through a new drop-down menu.

PERFORMANCE IMPROVEMENTS & BUG FIXES
Basic Attacks
- Major improvements to basic attacks, making them more reliable during lag
- Eradicated issues where Catherine’s stun, SAW’s shank and Glaive’s knock-back would sometimes not trigger (along with other similar issues).
- Heroes will no longer attempt — then fail — to attack during chases (a.k.a. melee stutter).
- Heroes will continue to basic attack even when lagging.
- Heroes with very high attack speed will attack at full speed despite lag.
- Stutter stepping/animation canceling still provides the same skill-based advantages.

Brush Reveal
- Several vision issues in brush have been fixed.

Spawn Stage
Placing a large number of scout traps on the spawn stage no longer prevents it from healing.