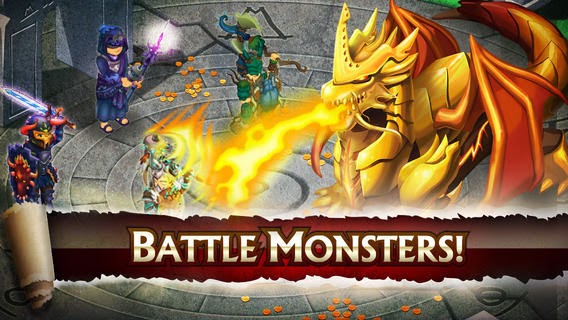 1.download the hack above
2.place the file on your device
3.open ifile navigate to the deb
4.press on it once and choose installer
5.when done go into settings and turn hacks on
6.launch game & have fun

Notes:
Gems
1. When using first hack when picking gold or getting EXP from battle you will get gems instead of that
2. DO NOT OVERUSE THIS HACK and also if you picking gold to turn it into gems make sure that you dont pick up more than 1000 for example the TrainingField Gives you 16,000 Gold when its full that means if you have the hack on you will get 16,000 Gems MAKE SURE YOU ONLY USE IT FOR SMALL AMOUNT NOT BIG AMOUNTS
3. Turn off hack after you are done picking up Gems

Huge Amount of Items
1. This will give u around 600-800 Million for example if you pick up gold you will get that much amount of Gold (AFTER USING IT ONCE FOR GOLD DO NOT USE IT AGAIN)
2. If you battling you will get that much amount of EXP
3. This hack is best for EXP since the EXP has a cap so it doesnt matter if u keep getting that huge amount of exp every time u fight
4. If u turn off the hack and reopen the game the next time you level up will make the exp go down to 0 which puts it back to normal

Knights & Dragons is a non-stop action RPG with endless battles against mythical creatures and knights in one massive action-packed adventure.

Rise up and build your team of heroes from friends and players all over the world for deadly, fast-paced battles full of thrills and excitement!

Battle legendary monsters and lead your kingdom to victory! Create an army and defeat epic bosses. Unlock hundreds of items, collect rare treasures and craft the ultimate set of armor!

• Free-to-play action RPG
• Go on epic quests and adventures in uncharted realms
• Defeat legendary beasts in fast-paced battle
• Team up with your friends for hours of gameplay
• Square off against players worldwide in weekly tournaments
• Unlock hundreds of knights, armor, gold, treasure, and more
• Craft the ultimate set of armor for victory

See what our players are saying about Knights & Dragons:

“This game is the best phone app game fully addictive and love the armor combos and pvp
tournaments as well as bosses all thumbs up for this game.”

"Addicted right out of the gate. I can spend 2 minutes on it or 5 hours."